Round one has ended.

Congratulations to our top eight contestants moving on to round two.

View our top contestants on the leaderboard tab. Voting for round two begins March 2, 2020. 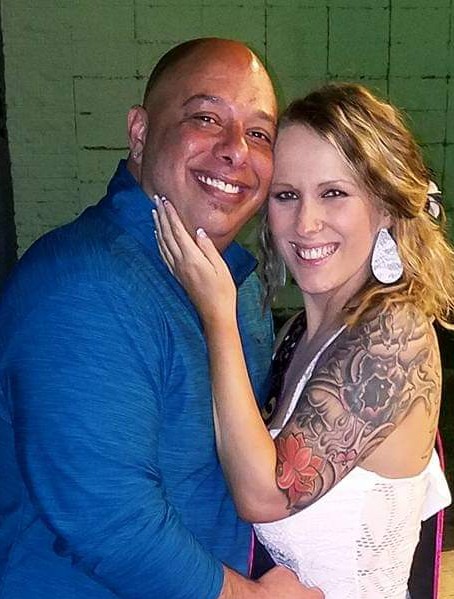 Round 1 has ended on 2/21/20
Names of Couple: Lance Shotwell & Shana Henderson
Votes: 771
Views: 12945
Tell Us Why You Should Win: My fiance & I have been together since 2014, throughout the years, we have had unfortunate situations that we have powered through together. He was my motivation and my main support when studying for my NYS boards. I failed my boards several times & yet, he encouraged me to keep pushing until I finally passed. I have been a counselor in the mental health field since 2015. Lance continued to believe in me when I struggled to believe in myself. However, this past year really tested our love for one another. I became unexpectedly ill in February 2019, I suffered from numerous blackouts, injuries to my face & head due to balance issues, severe vertigo, nausea, chronic migraines and for months I was mostly bedridden. I had difficulty concentrating, experienced slurred/slow speech and at times struggled with confusion. Due to my illness I had difficulty caring for my 1yo daughter which was heartbreaking for me. While caring for me, Lance worked full-time, took care of our daughter and supported his two other daughter's by attending their sporting events. My independence was gone for 6months, I had to depend on Lance for everything. He had to lift me out of bed, pick me up off the floor (from falling), he guided me through blackouts, walked me to the bathroom etc. He drove me to my medical appointments, as well physical therapy. By July 2019, we drained our saving accounts and even my daughters, which I absolutely hated. Since then, we began living only on his source of income. Unfortunately, I am not receiving any additional income, such as disability. I applied for SSD but was denied. For the past year, my unforeseen illness had taken a toll on us physically, mentally, emotionally and financially but we continued to push forward. In August, when I started to progress, I pushed myself little by little which is how I began my little business, Dippin D's Sweets. This allowed me to work at my own pace and to take as many breaks as needed. If I started too feel ill, Lance would finish my order. My business is helping with finances but we are still struggling tremendously. Lance stood by me and continued to care for me while keeping his emotions in check. Presently, I am still out on medical leave and continue to improve. Lance recently proposed to me on our daughters 2nd birthday, December 22, 2019. He designed my engagement ring right before I became ill. The engagement ring consisted of his grandmother's band and his grandfather's diamonds. Since I've significantly improved, he finally proposed after waiting a year. Lance had the opportunity leave, he could have changed his mind after this past year but he decided to keep me. I know there are many deserving couples out there and we are no better then the rest but this prize would mean everything to us. Thank you so much for reading. Participants upload pictures to www.salvatoresgiveaway.com.  Participants encourage friends and family to vote for their pictures.  All votes must be confirmed with a valid email address.  One vote per email address.  Votes will be tallied on our website for all to see. The top 8 couples after 11:59pm on Friday, February 21, 2020 will move on to round 2.  Top 8 couples will be notified on Saturday, February 22, 2020.

The top 8 couples are required to make a 3-5 minute videos about their engagement/relationship story and post them to www.salvatoresgiveaway.com.  All videos must be posted/submitted by Saturday, February 29th, 2020 at 11:59pm.  Any couples who do not submit a video by this date will automatically withdraw from contest. Voting for Round 2 begins Monday, March 2, 2020.  Votes will be tallied on our website for all to see.  The top 4 couples after 11:59pm on Sunday, March 8, 2020 will move on to round 3.  The top 4 couples will be notified on Monday, March 9, 2020.

The top 4 couples will schedule a time for a final interview to be filmed and posted to www.salvatoresgiveaway.com.  Interview must take place from March 9-14, 2020.  All videos will be edited and posted by Salvatore’s by Monday, March 16, 2020.  Voting will run from Monday, March 16-Monday, March 23.  The total votes will not be posted in Round 3.

The top 4 couples will come to Salvatore’s Hospitality, 6461 Transit Rd. Depew, NY 14043 on Tuesday, March 24, 2020 at 6pm for a reception and live presentation of the winner.  Couples can bring up to 10 guests to live giveaway reception.